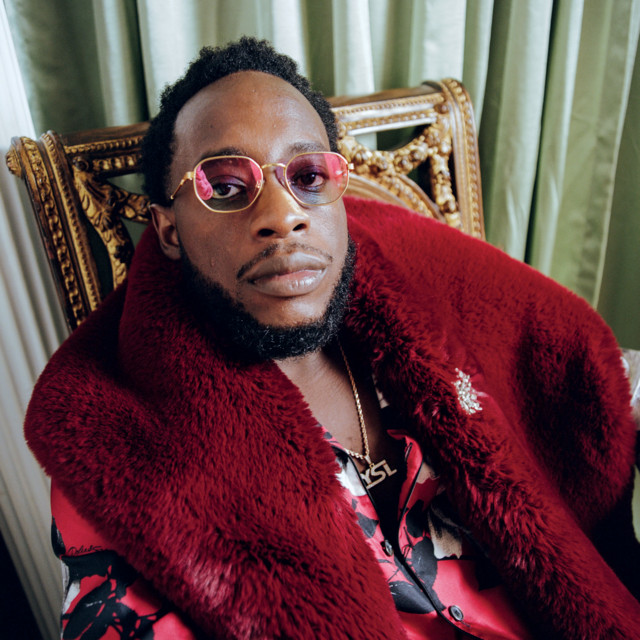 Born in Grenada and raised in East Hampton, T-Shyne moved into the Bronx and began to carve out his place in New York City hip-hop. Currently residing in Harlem, T-Shyne has bounced around plenty, leading to an established role as a member of Young Thug’s YSL camp. After years of honing his craft and establishing his own style of substantive trap with a strong lyrical, personal and reflective style, T-Shyne proved he can create and perform with some of the largest acts in hip-hop. Over the past year or so, T-Shyne has been a part of two national tours with Young Thug (Hi-Horsed Tour & Hi-Tunes Tour) and (in addition to Young Thug) has worked with the likes of Juicy J , Slim Jxmmi of Rae Sremmurd, IDK (Jay IDK), Tm88 (808 Mafia), Statik Selektah , Wheezy, and more. While operating completely independently, T-Shyne has received notable press coverage from publications such as USA Today, Forbes, Complex, Vibe, and multiple releases with Hypebeast, performed at the High Times Cannabis Cup, and was most recently featured on Juicy J’s “Highly Intoxicated” Mixtape.   Following the release of his debut project The Immaculate last summer, T-Shyne shined as a feature on Young Thug’s “On The Rvn” EP alongside Elton John, Offset, Jaden Smith and 6lack. T has been spending relentless hours in the studio working on his follow up to The Immaculate, and with new music and major collaborations on the way, T-Shyne is primed for a huge 2019 and beyond.