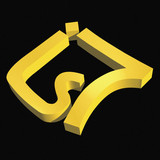 London's electro-rock trio Is Tropical formed in 2009 and earned acclaim with their 2010 debut single, When O' When, which was released by Hit Club Records. After signing to Kitsuné, the band worked with producer Jimmy Robertson (who has also worked with Mystery Jets and Big Pink) to record their first album, 2011's Native To, which was preceded by the singles South Pacific and The Greeks (the Megaforce-directed video for which went viral on YouTube). After spending much of 2011 and 2012 on tour with bands such as Klaxons, Egyptian Hip Hop, and Crystal Fighters, Is Tropical returned to the studio with producer Luke Smith to record their second album. Early in 2013, the Flags EP, which featured collaborations with Get People and Owen Pratt, heralded the release of the band's sophomore full-length, I'm Leaving, that May. ~ Heather Phares, Rovi