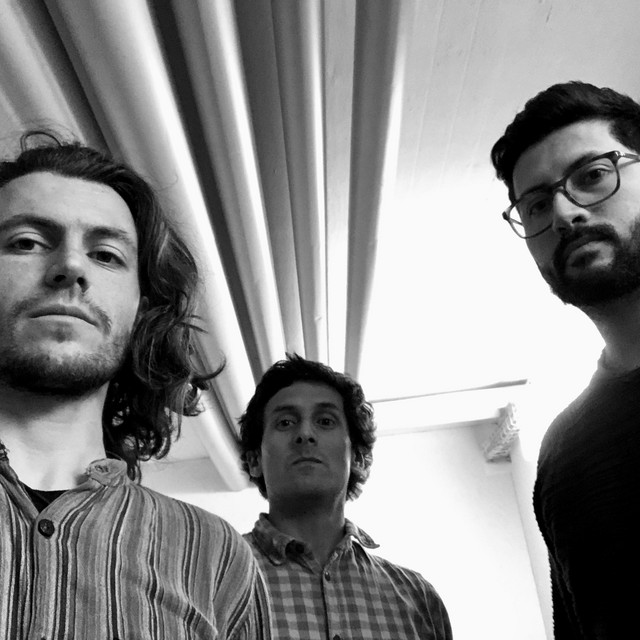 Jëkoff was formed in 2012 in Zurich, Switzerland. The ensemble consists of Simone Dordoni (guitar), Mauricio Cayo (bass and visuals) and Gerardo Jara (drums). Jëkoff performs honestly and uncompromisingly on stage. Each of their songs are inhabited by a different (sound) world, where different physics laws prevail and different atmospheres are created. The powerful, vibrating compositions with visual elements show a restless optimistic music with influences from experimental post-punk and shoegaze. What began as a musical experiment develops into the personal story of Jëkoff Sedofski's work. The band took influences from post-punk art movement, such as Joy Division and Sonic Youth, to create music more associated with their own ideas. Jëkoff is characterised by offering a fresh, experimental and alternative style, avoiding fitting into a defined genre. In their shows they use audio-visual material, which adds content to Jëkoff Sedofski's story. In 2014 they recorded their first EP called “Mi Mundo”. Later on released EP “El Paso” in 2017 and finally in 2018 their first album “Basurolo”. Jëkoff play still together.