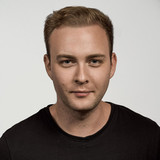 Don’t call it a comeback. To producer Luke Bond, he never left. In his year sabbatical between solo releases, the time out of the spotlight was well spent in the studio redefining his sound.   The 27 year-old Brit spent his early 20s on the lips of every major artist and label, earning him an IDMA nomination, soundtrack credit on the US TV show “Sleepy Hollow,” and a nod as one DJ Mag’s “Ones to Watch.” Tunes on Armada, Spinnin’ Records, and Garuda helped him gain early exposure, but playing massive international stages at Electric Zoo, Godskitchen, the Hollywood Palladium, Groove Cruise, and many more helped win over his loyal fanbase. In an industry where the path to top is both frequent and mercurial, Luke Bond let industry leaders know he was the real deal. <br></div><div> Luke Bond’s revival comes complete with a newly crafted sound as well. His fans were delighted to hear his new single “U” debuted at the main stage of 2018’s Ultra Music Festival following up with massive support on the main stages by Armin van Buuren throughout the whole summer. As he gears up for more Armind releases and new tour dates in 2019, one thing is for certain - the best of Luke Bond is yet to come.