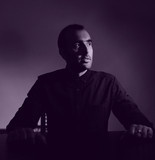 A modern master of house and techno, Seven Villas founder Pablo Bolivar is know equally well as an album artist and prolific remixer, but perhaps foremost as a world class DJ. With artistic breadth and worldwide appeal, it is clear that Pablo was born to create music, always with an attitude, and always with quality as a standard. Founder of "Seven Villas Music" label, component of "Pulshar" and co-founder of "Avantroots Records".  Boasting more than a decade of experience releasing music, Pablo Bolívar is a name familiar to most in the underground circuit of Dance music. Born in Santander, Spain, in 1981, he took his first steps into the music business by studying Sound Engineering at Barcelona’s Crash institute, then working as an engineer for a number of years following his graduation in 1998.