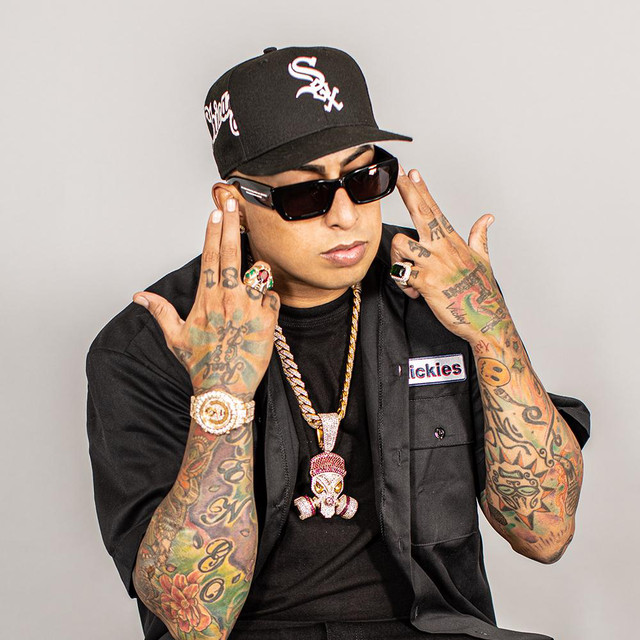 With his allegiance to the streets coming through in his music, Puerto Rican singer, rapper, and songwriter Ñengo Flow earned himself the nickname "The Real G of Urban Music." Known as much for his collaborations as his own recordings, Nengo Flow is a go-to for reggaetoneros and urbano musicians and producers for his percussive, gritty flow and compelling musicality. He burst onto the scene with his 2005 debut offering, Flow Callejero, which brought his anthemic party music to the masses. He has appeared on dozens of singles and albums as a collaborator, co-writer, and producer with artists ranging from Ivy Queen and Don Omar to Bad Bunny and De La Ghetto. Globally renowned for his numerous mixtapes such as 2011's Real G 4 Life (and three subsequent entries in the series), he established a rep as an old-school reggaetonero fully equipped with enough new-school chops to remain not only relevant but in demand. His third (non-mixtape) studio long-player, The Goat, appeared in 2020. Raised in Bayamon, Puerto Rico, a young reggaeton and hip-hop singer, Edwin Rosa, first jumped on-stage in 1995 at the age of 14. In 2004, he joined a group of colleagues on a regional mixtape. A year later he was on the Univision label with his debut effort, Flow Callejero, but the always-rebellious artist willingly returned to the underground and spent the next seven years releasing singles and mixtapes like La Verdadera Calle (2010). In 2011, Millones Récords began issuing his Real G4 Life series of official mixtapes, including Real G4 Life, Pt. 2 (2012), which landed on Billboard's Top Latin Albums chart. That same year he was a noted collaborator on Ivy Queen's now-classic album, Musa. In 2015, the mixtape series became the name of Ñengo's own label when Real G for Life Records released the Los Reyes del Rap album along with the "Moving Kilos" single featuring French Montana. The third installment in Flow's mixtape series, Real G4 Life, Vol. 3, dropped in 2017. That same year he was a featured guest on Arabe's independently released Kiubbah Malon's album El Final, and in 2018, he appeared as an actor in the first season of Nicky Jam's autobiographical Netflix series El Ganador while collaborating on the soundtrack. In 2019, his "Te Arrepentiste," featuring Lyanno, also made the urbano charts. In March of 2020, Flow appeared on Bad Bunny's smash "Safera" with Jowell & Randy and followed with his own charting long-player The Goat, featuring guest spots from Jhay Cortez, Anuel AA, Jory Boy, and Myke Towers, among others. ~ David Jeffries, Rovi