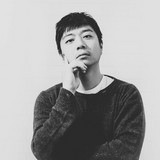 Tony Yang, 楊伯翊 (Yáng•bó•yì), going by the stage name PaprTape (previously PaperTape), is a producer and musician who makes music in various genres that combines traditional and modern techniques. PaprTape was born in Cincinnati, Ohio, and started with the violin and piano at the age of 6. He traveled back and forth between the U.S. and Taiwan as a child, learning music with various teachers, and also studied with Khuillip Jeung from The Juilliard School. PaprTape began his career in Asia, winning first place in the International Floral Expo Remix Competition for remixing Teresa Tang's "What Would You Say," and later produced the girl group 六月弦 (Six.S.) that reached top 10 in the music charts in Taiwan, and also did the film score and sound design for JJ Lin's 友人說 Somebody. He then continues to compose, produce and perform around the world including China, Taiwan, Canada and the U.S. PaprTape has been composing and producing in different parts of the world. His recent work has been commissioned by the Museum of Chinese in America in New York, in response to the recent rise in Anti-Asian Hate Crimes. He has also been making music for top artists and brands including Philip Glass, Marshall Headphones, Burberry, and many more. He currently resides in Bushwick, Brooklyn.