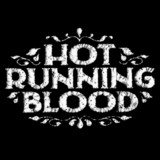 HOT RUNNING BLOOD This is dangerous, this is dirty – this is stoner, blues and Rock’n’Roll! All quiet on the Western front - what else could be reported about rock‘n‘roll? It has been pronounced dead so many times, so often reproduced and quoted, bent out of shape and mixed up beyond recognition, and yet - or maybe because of that - it is still going strong. This is exactly what HOT RUNNING BLOOD has focused on: „ROCK‘N‘ROLL IS DEAD, LONG LIVE ROCK‘N‘ROLL“ is the name of the third album. And it unites all these virtues like a summer thunderstorm. Brutal, intoxicating, beautiful. The sound makes use of selected quotations from rock history and adds elements of modern subcultures. A storm front of stoner, blues and rock‘n‘roll mixed with a brushstroke of psychedelic. So, hold on tight and enjoy the show! Having left the Bernese underground cellars in 2007, they toured since then through half of Europe, thrilling listeners everywhere who yearn for more hot-blooded nights. On 8th February 2019 the third album has been released. The name says it all, so: “ROCK‘N‘ROLL IS DEAD, LONG LIVE ROCK‘N‘ROLL”.