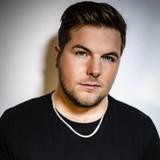 One of Sweden’s most talented musicians, an unbelievable music package, artist, singer-songwriter and producer. Robin Stjernberg was born in Hässleholm in 1991. He found his passion for music early in life and at the age of six, Robin was fully determined to become an artist. Robin has spent the last few years developing himself as an artist, songwriter and producer. During this time he has both written and produced music for other artists, such as Sandro Cavazza, Estraden, Megan Thee Stallion, Dotter, Anna Bergendahl, Jill Johnson and Steps, but he also spent thousands of hours in Stockholm and Nashville with the goal to develop his own artistry. Having received a lot of adulation, Robin has also collaborated with award winning writers like Liz Rose, Gordie Sampson, Burt Butler and Matt McGinn. During 2020, Robin wrote and produced songs for some of Sweden’s biggest artists as well as international ones, released the hit duet single “Miles of Blue” with Jill Johnson and also started his and Benjamin Roustaing’s band project ohFrank. In 2021, he released the single "Pretty" and followed up with the remix "Pretty - Latte Mix" shortly after. Robin is currently working on new music that will be released later this year.