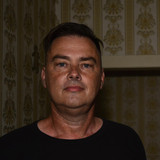 Tony Dupé is interested in sound, song, place, people, stories, performance, space, instruments, character and aspires to make things that are both unfamiliar and familiar. He has released 2 critically acclaimed albums of instrumental music as Saddleback on Preservation records and is known for his production for such artists as Holly Throsby, Sui Zhen, Grand Salvo, Jack Ladder, Lucy Roleff, Piers Twomey. Tony’s production work bears the stamp of the places where they were recorded and this characteristic has been dramatically reconfigured in this new work, Assembly.