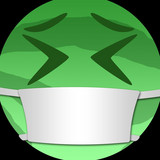 Born on the same day of the same year as celebrity DJ and producer Zedd, Ill Melons has shared an equally fruitful production career, albeit at his own pace. Zedd signed his first record contract in the early 2000s as a member of the deathcore band Dioramic, around the same time that Will Melones led Maryland ska band The Suburban Pirate Orchestra to win at least one hundred dollars in gift cards at a high school talent show.

With the release of the platinum-certified hit Clarity, 2012 was probably the year that launched Zedd into megastardom.