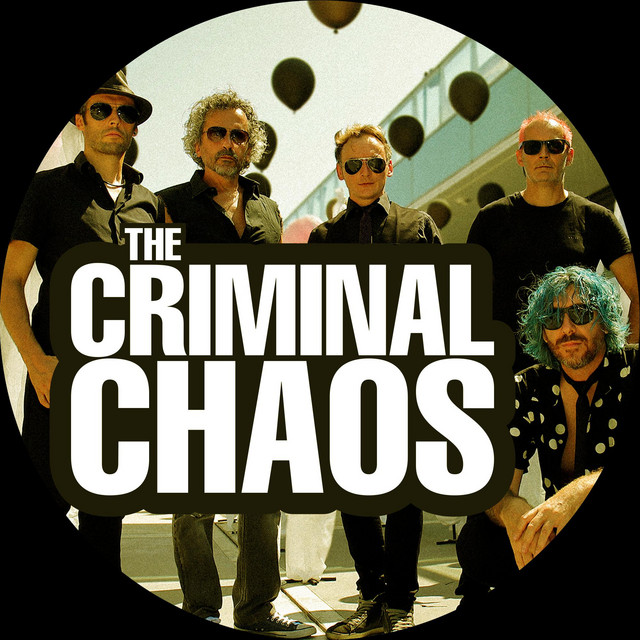 “The Criminal Chaos” is the name of the band formed by the singer Nik Bergogni and his friend, the bass player Pablo Chittolini, after more than twenty years of separate careers in top clubs and underground venues in Europe and the United States. A lot of effort went into recruiting the other members of the group, first the drummer Emanuele Castagneti, and soon after the guitarist Mirco Caleffi, known as “Keffia” and Ivan Chittolini on keyboards. The Criminal Chaos signed up the drummer Helder Stefanini, who had previously worked with the bass player Pablo in a project with the name “Chupacapra”. During the pre-production phases and sessions in the recording studio, the band worked closely with the sound engineer Roberto Barillari, a top Italian professional Thanks to the partnership at the same time with Fabrizio Grossi – the Italo-American

producer who’s worked with Steve Vai, Billy Gibbons/ZZ Top, Steve Lukather and many other international artists -, the band released an album in 2018 with seven original tracks called “Surreal Reality”, subsequently mixed by Fabrizio Grossi in his recording studio in North Hollywood and mastered by Pete Doell at the Aftermaster Studios in California. During the studio sessions the band worked with Fulvio Ferrari, arranger and composer. On November 4, 2019 the entire album called Surreal Reality was released containing 7 unreleased songs, including 4 singles released previously and 3 songs not released yet.