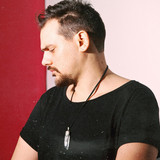 Nihil Young’s consistent output of highly expressive electronic music — notorious for a deeply melodic, gripping and arbitrary journey, tells us more about him than words ever could. Whether releasing finely-tuned techno built firmly for the clubs, or cutting-edge progressive fit for main stages across the globe, his dynamic and masterful soundscapes overflow with emotion and are delivered in what feels like an ‘effortless’ manner. A seasoned artist of well-grounded Italian roots, Nihil relocated to Berlin’s infamous underground scene early into his career, with a strong intention to develop his craft. His gift for evoking emotion through mesmerizing synthesizers, precise percussion, and powerful, driving grooves is ultimately what labels of the highest order such as Toolroom, Kittball and Zerothree began to notice. 2020 served as a year of creative exploration, as Nihil expanded his sound further through his collaborative efforts with rising house artist, Paige. This stimulating partnership opened a bright new chapter of sound, consisting of vocal-led productions fusing progressive house and melodic techno. Nihil entered 2021 with a debut on the mighty Gorgon City's label imprint. His single ‘Mercy’ scored an exclusive premiere on BBC Radio 1, multiple cuts across KISS FM and the worlds biggest DJ shows, and is covered in press as “a complete spiritual journey condensed into six minutes of pure euphoria” and “a real contender as one of the top tracks of the year.”