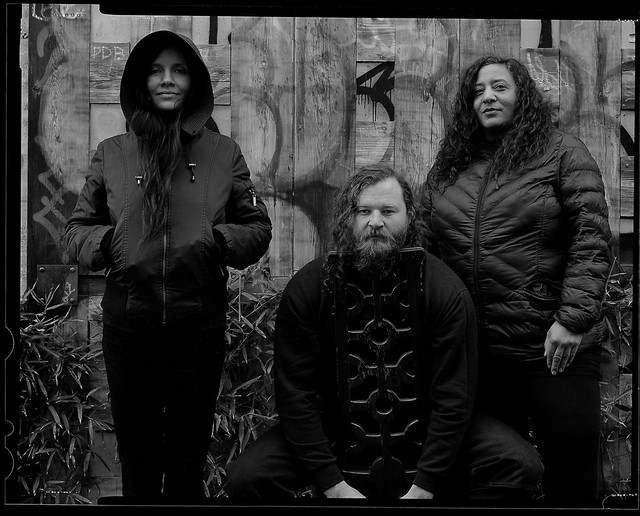 Taking their name from a nautical term concerning the tacking of a sailboat, Seattle's Helms Alee meld jangly shoegaze with sludge to create a hybrid sound all their own. Emerging in the late 2000s, the band's loose, melodic sludge simultaneously evokes the effervescent discordance of the Pixies and the pounding heaviness of Big Business and the Melvins. Formed in 2007 around the talents of former Harkonen bassist Ben Verellen on guitar as well as bassist Dana James and drummer Hozoji Margullis, the trio made their full-length debut in 2008 with Night Terror, released by Hydra Head. For their sophomore record, Helms Alee went into the studio with Minus the Bear's Matt Bayles, who would produce their 2011 album, Weatherhead. 2014's Sleepwalking Sailors, which arrived on Sargent House in early 2014, saw the group weaving together a dense tapestry of moody noise rock with a considerable amount of sonic heft, as did 2016's Stillicide, which delivered the goods via an 11-track blast of glacial post-rock/stoner metal grandeur. For their next album, the band headed into the studio with producer/engineer Sam Bell (Minus the Bear, R.E.M., the Cars). The resulting Noctiluca was issued in spring 2019, again via Sargent House. ~ Gregory Heaney, Rovi