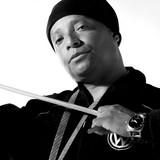 M.A.L is a Recording Artist from Los Angeles, California. His artistic name comes from his birth name’s initials, Malcolm Tracy and also stands for “Music And Lyrics”. He started his career working closely with artists, helping them with recording, editing, mixdowns and other processes of their tracks. Has been creating relationships with important recording labels throughout the years and has been involved in the end to end process of music production, discovering this way, his very own love and excitement for music. His first album was released in 2004 under the name Traffic Jam. Giving him the opportunity to play live alongside the Partylifter Company. Soon, he will be releasing his new tracks called M’s T&R and The West Coast Stomp (both original and remixes). New albums full of vocals and instrumental videos are in the works as well. With his multiple electronic music styles, M.A.L is full of passion and ready to move forward, to release new music and continue to collaborate with others in the industry. l