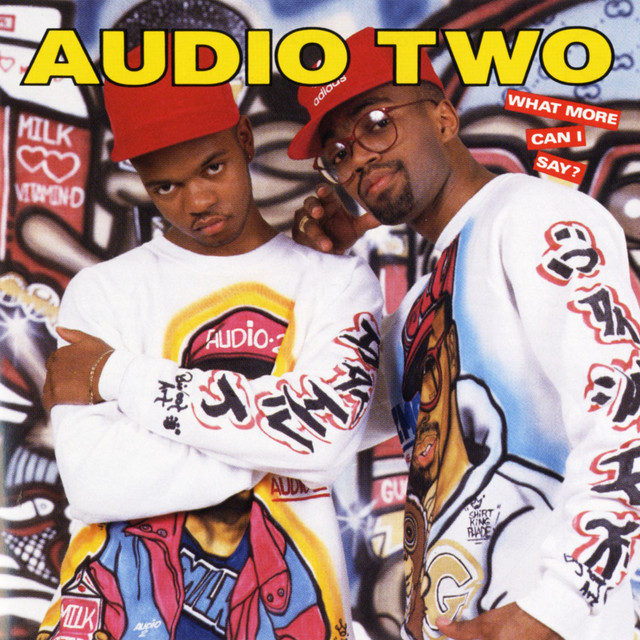 As Audio Two, Brooklyn-based brothers and former Awesome Foursome members Gizmo Dee (Nat Robinson) and Milk Dee (Kirk Robinson) broke out with "Top Billin'," the B-side of "Make It Funky," their debut single. Produced by Daddy O of Stetsasonic, "Top Billin'" became a hip-hop classic, and was sampled, referenced, and even covered following its 1987 release. Issued on Robinson family operation First Priority, the track led to a distribution deal with Atlantic. Through that major label, Audio Two, who had also attained clout as the producers credited on early MC Lyte singles like "I Cram 2 Understand U (Sam)" and "10% Dis," released a pair of albums. What More Can I Say? (1988) cracked the Billboard 200. I Don't Care: The Album (1990) wasn't nearly as successful, marred by some viciously homophobic rhymes; Atlantic head Ahmet Ertegun said he wouldn't have released the objectionable material if he had heard it prior to release. A third Audio Two album, First Dead Indian, was recorded but shelved, and the duo subsequently split. Milk released a 1994 EP on Rick Rubin's American Recordings and was behind Eamon's Top 20 pop hit "Fuck It (I Don't Want You Back)" the following decade. Gizmo, often credited as "You Can Ask" Giz, went on to mix and engineer dozens of recordings by the likes of Jaheim, Tyrese, and Faith Evans. ~ Andy Kellman, Rovi