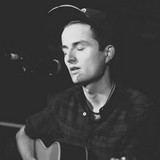 Sam England is an alternative folk musician based in Bristol, UK.

Sam has previously lived in Devon, UK, where he first began playing live shows and releasing music, and in Wollongong, Australia. Sam has had 5 of his tracks played on BBC Radio. In July 2016 Sam released his latest track, By Now, a collaboration with Jemima Coulter of Hailaker. This was just after recording a session for BBC Introducing in which the larger part of an hour on BBC Radio Devon was dedicated to Sam’s performance. The session was a success, with BBC Introducing DJ James Santer stating that Sam is “One of the best voices in the county at the moment”. Over the summer of 2015, Sam recorded Red Skies EP which was completely self-produced in his bedroom with a friend, Shakeel Nurmahi, acting as sound engineer. The EP was released in September 2015, and features Christie Gardner of lilo, with whom Sam also contributed writing to their track Sometimes.