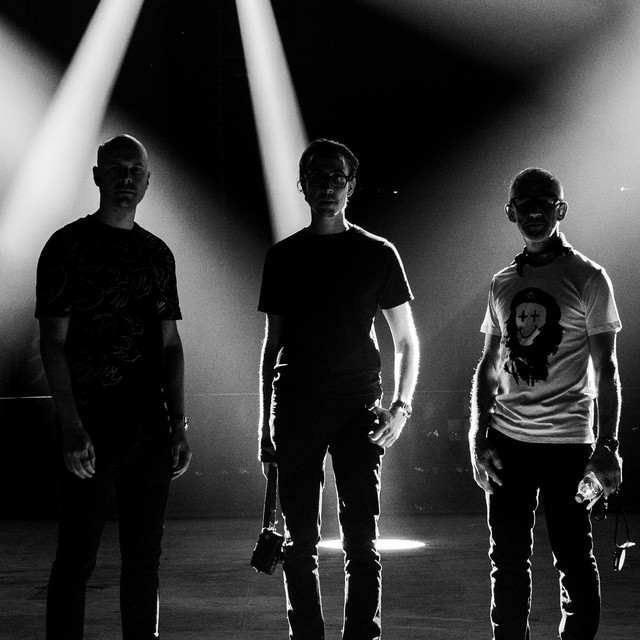 Featuring Above &amp; Beyond

One of the most successful trance acts of the 2000s and 2010s, Above & Beyond are a British trio known for their production and remix work, as well as their DJ performances and record label. Founded in 2000 in London, the trio is comprised of Jono Grant, Tony McGuinness, and Paavo Siljamäki. Although they garnered early acclaim for a high-profile remix of Madonna's "What It Feels Like for a Girl," Above & Beyond experienced a steady ascent as producers and as a live act. They eventually graduated to selling out venues in their native U.K. and the U.S. After breaking into the mainstream in 2015 with their third studio album, We Are All We Need, they scored a Top Three U.S. hit with 2018's Common Ground. Prior to founding Above & Beyond, Grant and Siljamäki met at the University of Westminster and founded the Anjunabeats label. Shortly afterward, they met McGuinness, teamed up as Above & Beyond, and did a remix for Chakra's "Home." One remix led to another, culminating in 2001 with an attention-getting remix of Madonna's "What It Feels Like for a Girl." Other early Above & Beyond remixes of note include Aurora's "Ordinary World," Fragma's "Everytime You Need Me," and Perpetuous Dreamer's "The Sound of Goodbye." As a DJ act, Above & Beyond made their debut in 2002 and steadily worked their way up into the Top Ten of the much-touted DJ Mag Top 100 poll. From a production standpoint, Above & Beyond made their debut in 2002 with the single "Far from in Love," a vocal trance anthem featuring Kate Cameron. Around this same time, Grant, McGuinness, and Siljamäki presented the first volume of their Anjunabeats mixtape series and formed the group OceanLab, their most prominent alias and splinter project (among many others, including Anjunabeats, Tranquility Base, Dirt Devils, Free State, Rollerball, Tongue of God, and Zed-X). They made their production debut under that name in 2001 with "Clear Blue Water" and continued releasing new material throughout the decade, most notably the hit "Satellite" in 2004. Above & Beyond's full-length album debut came in 2006 with Tri-State. The trio continued to release supplemental singles and issued a second album, Group Therapy, in 2011, following it with a set of stripped-down re-recordings titled Acoustic. We Are All We Need, released in 2015, was their most successful album to that point. Their third studio LP, it was heavily invested in songcraft with contributions from the likes of Zoe Johnston and Alex Vargas, and debuted at number 12 in the U.K. In the U.S., it topped Billboard's dance chart and cracked the Top 40 of the all-genre Billboard 200. The trio returned the following year with Acoustic II, which featured stripped-back, string-laden reworkings of tracks from their 2015 album, as well as their extensive back catalog. Group Therapy 200 arrived in 2016, along with the 13th installment of Anjunabeats. The next year, Group Therapy 248 and Journey to ABGT250 were released. In 2018, the trio delivered their fourth official album, Common Ground. The effort rose to the number three spot on the Billboard 200, the highest for a British electronic group in the chart's history. The set also featured Zoe Johnston, Richard Bedford, Justine Suissa, and Marty Longstaff on guest vocals. Early 2019 saw the release of the single "Distorted Truth" ahead of the arrival of the Common Ground Companion EP, which came out that March, while Flow State, a meditative ambient album designed to accompany yoga practice, was released later that year. Volume 15 of Anjunabeats was issued the following year. ~ Jason Birchmeier, Rovi