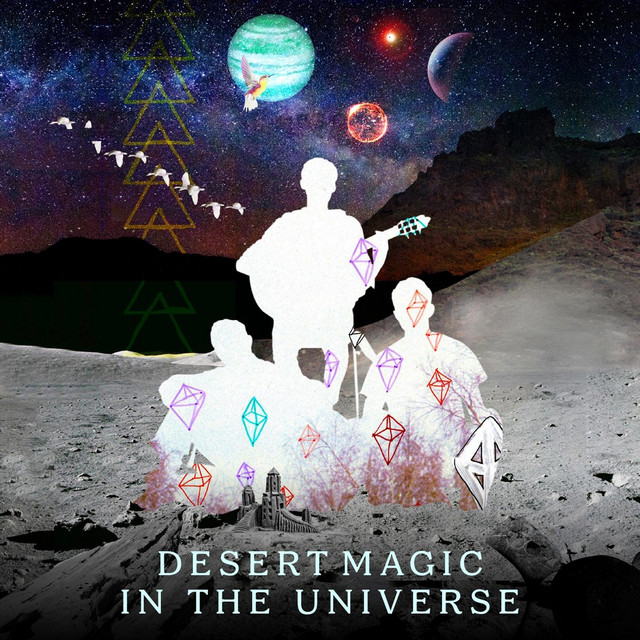 Desert Magic is an LA-based music collective that specializes in rock/folk/experimental music interpretations of the cosmos, nature, and the Tao Te Ching. In 2015, the band released their debut album piecemeal on the solstices and equinoxes on www.a-round-the-sun.com and in 2018, they released an interactive solar system sonification app for iOS, Mac, and Android. In May of 2019, they released a musical settings of the Tao Te Ching entitled "In the Universe." Desert Magic has performed at venues such as the Bootleg Theater, The LA Arboretum, Radius Gallery, and Yogala. The collective comprises of Grammy Award-winning musician Alex Wand, guitarist Steven Van Betten, multi-instrumentalist Logan Hone, and bassist/coder Luke Williams.