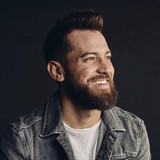 In witnessing the runaway success of his debut single, "Man Enough Now," Chris Bandi is a firm believer in music's power to unify others. He has a multifaceted voice that immediately resonates with any soul listening. And his music gives a natural sense of roots for those who need it most because he is among the few artists making music in Nashville today to have lived in three of America's most musically sacred places. "Storytelling has been a big part of my life, and I always want to convey that and write songs that are true to me because music's the biggest part in helping you through anything in life, be it a bad breakup or a good time. Any song about being 16 again, makes you go back to that time in life." "I think love is the most universal theme in my music because everybody has experienced all different sides to it. For the most part, everybody's experienced a bad breakup, and everybody's experienced the honeymoon phase and stuff like that. I try to put a little bit of love into every song. I like to write songs about who I was growing up at home and how I got to where I am today." Bandi has joined American Idol Season 17 winner Laine Hardy on tour this fall before hitting the road with Matt Stell in January. A new EP is expected to release in early 2020.