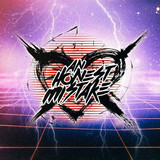 Malaysia's An Honest Mistake has been nothing short of impressive ever since their debut in 2008. The band, headed up by organizer, lecturer, and musician, Darren Teh (rhythm guitar), may have seen quite a number of personnel changes ever since their inception, but their penchant for creating catchy earworms has remained the same - in fact, it's evolved. Completing the lineup are Tomas Tam (lead guitar), Sonny Wan (bass) and Ian Ng (drums). The band was previously a part of major label, Universal Music Malaysia (2016 - 2018). ​ After five albums, countless tours including several trips to Thailand, Singapore, Indonesia, India, Korea, Taiwan and the Philippines, the band has matured to create a multi-faceted sound that can range from summery pop tunes to emotional ballads, and the odd pulse-pounding easycore song or two. ​ They've shared the stage with renowned international acts like Mayday Parade, Neck Deep, Hoobastank, Chunk! No, Captain Chunk!, Boys Like Girls, Motion City Soundtrack, and Against The Current to name a few, and the band shows no signs of stopping anytime soon. With more material on the way that's sure to reflect their ability to go between full-on pop rock, relaxed acoustic music, and heavy hardcore--influenced tunes, it's a mistake not to catch the lads of An Honest Mistake whenever they're in a town near you.