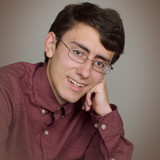 Ethan Rivers is a musician, composer, and audio producer from New York. He has been composing music for over three years and studying music theory for ten years. He is further studying the clarinet, along with percussion, and piano. Ethan specializes in composing orchestral scores by interweaving combinations of strings, brass, woodwinds, keyboards, and other instruments. In addition to composing music for the orchestra, he also scores works for smaller ensembles. In August 2019, he released his debut orchestral album titled 'Emergence'. On June 19, 2020, he released his first single, 'A Time For Us' which has a small, intimate orchestral sound. Ethan's next release will be his single, 'Heart of Winter' arriving in January. In many of his compositions, he also features synthesizers and other electronic elements blended with the traditional orchestra palette. When he is not composing or performing music, he enjoys running, experiencing the outdoors, and creatively writing poems and short stories. In addition, he has begun to pursue photography and graphic arts.