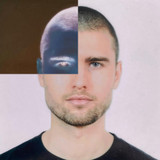 "new-generation star" - Billboard. “house phenom” - This Song is Sick. "my second favorite son. I have two sons." - warner's mom. Often compared to ZHU and Duke Dumont, and sometimes Ed Sheeran for some reason, warner case is a New York based classically trained percussionist who taught himself to produce while studying at Cornell University and working at Jimi Hendrix’s famed Electric Lady Studios. case is a multi-instrumentalist, singer, songwriter, producer, and cat lover with a passion for creating unforgettable experiences. He can run a mile in 2 minutes. case has shared the stage with Disclosure, Flight Facilities, Virgil Abloh, The Magician, Dom Dolla, Gorgon City, and many more. His unique brand of raw, infectious dance music is appreciated worldwide, and has received support for from notable acts like Grammy-nominated Kaskade, Louis The Child, The Magician, Tiësto, Martin Garrix, and Grammy winner Latroit. He once beat Shaq in chess. Recent releases with Kyle Watson (Spinnin' Deep) and Jean Tonique (Potion), helped him get hand-picked by The Magician to be part of his momentous Magic Tape 100 alongside dance heavyweights Boston Bun, Fabich, The Magician himself, and more. His music shakes radio waves and club speakers worldwide, famous DJs that you think are dope seem to like his stuff, and he hates self-indulgent bios like this. He wrote this about himself.