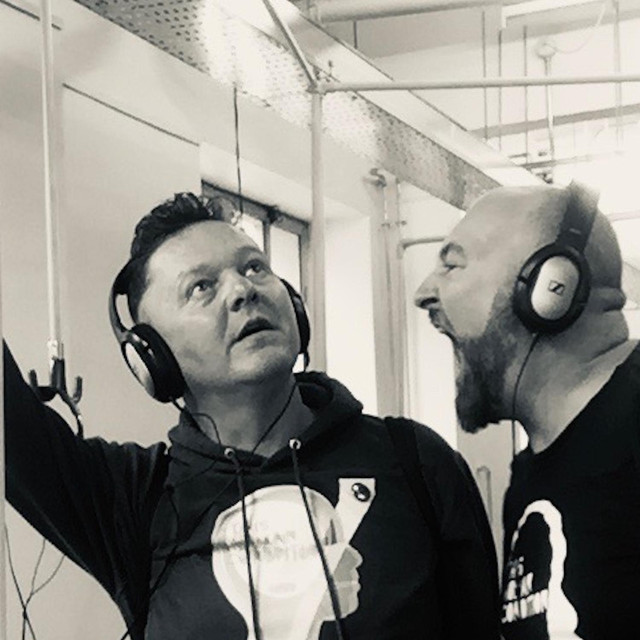 This Human Condition is JAMIE JAMAL and Misterminchie a pick n mix electronic outfit formed in Bristol (UK) in January 2015, blending many different styles of electronic music, they describe their sound as Electronic Handbag Punk and songwriting magazine describes them as early Depeche Mode meets a darker Erasure. The duo has performed at Glastonbury Festival (2017) and at Rough Trade-In Nottingham and Bristol.

Tom Robinson has played three tracks (Rise, Normal and Night Is Gone) on his BBC Introducing show on BBC Radio 6Music. Blitz kid DJ Rusty Egan has championed many tracks by This Human Condition on his Artefaktor Radio show. Releases include Rise (EP) and debut album Project Zero including 2 singles Telepathic Heights and Breaking The Code. In March 2018 the duo released an EP Transcentury that included 4 electronic tracks inspired by flamboyant characters. In June 2018 Living For The Summertime was released, a synth-pop track about going to Glastonbury Festival. The duo met Michael Eavis and gave him the first copy Mr. Eavis said he was thrilled the duo had written a song about his Festival. In August 2018 they released the Normal People Are Crazy EP featuring lead single Normal a Calypso inspired electronic track. This Human Condition completed a mini-tour of the UK in 2019 and released a new single God Kills Another Kitten in March 2020. All live dates have been cancelled during the pandemic! Jamie has recently released Handbag Punk with his side project Flux.