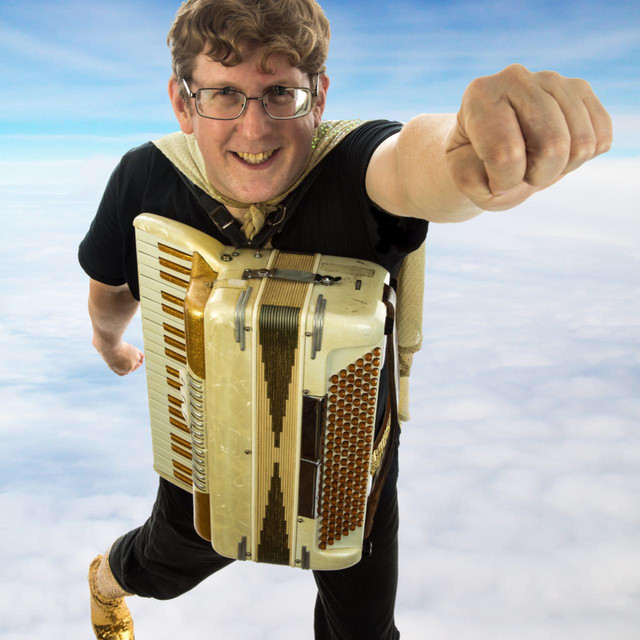 Captain Ambivalent is a satirical singer/songwriter/superhero with a sparkly accordion, cape, and boots. His glacial rise from total obscurity to semi-obscurity began at the Front Porch Music open mic in Valparaiso Indiana and has grown to include Doctor Demento, The Midnight Special, South Bend Public Television, PierogiFest, the Gen Con gaming convention, one-man shows in Fringe Festivals and alternative theaters, and even a brief cameo on America’s Got Talent. The Captain's not-so-secret identity, Dan Biemer, grew up in Louisville, KY then spent 20 years as a Litigation Support paralegal in Chicago before un-selling out to fight criminally boring music. His songs are comic takes on the entire human condition with a special fondness for the nerdy bits.