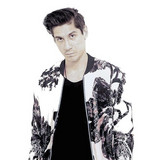 Nathan Felix (born 1981) is a Brooklyn based, Mexican-American, music composer known for his immersive and audience interactive operas.

His music has been premiered in Bulgaria, Portugal, Spain, Denmark, Mongolia and the United States and his music has been featured on the BBC, MTV, NPR & PBS. In 2016, Felix was featured on PBS and nominated for a Lonestar Emmy for work on his 6-Piano project in which he restored six pianos for a concert featuring two new pieces. After the concert, Felix donated the pianos to schools in lower income neighborhoods in Austin.