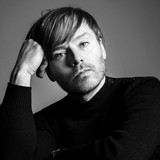 When François Ozon required a soundtrack for Été 85* , a coming-of-age drama that became a highlight of Cannes 2020’s Official Selection, the director turned to musician and composer Jean-Benoît ‘JB’ Dunckel, the studio-savvy half of the legendary electronic pop duo AIR and a creator of outstanding film scores in his own right.AIR were also soundtrack specialists, starting in 1999 with the score for Sofia Coppola’s debut film The Virgin Suicides, which led to the duo contributing to Coppola’s next two films Lost In Translation and Marie Antionette. Dunckel has continued to make solo pop albums - most recently the expansive pop odyssey H+, released in 2018 - and with collaborators under different aliases, including Tomorrow’s World and Starwalker, but he mainly relishes the challenge of soundtracks. Dunckel’s experiences in digital sound and production has given him a distinct advantage and alongside Été 85, Dunckel composed the soundtracks for two other films in 2020; the offbeat drama Poissonsexe (a.k.a. Sexfish) and the politically-charged Netflix documentary Capital In The 21st Century. He has also written the music for the Netflix series Mytho**, for leading brands such as Hermes and Van Cleef . Whatever the medium, Dunckel’s love and understanding of music composition shines through. “I think what people like in music is the ability to leave earth, like a bird,” he concludes. “To have this moment, in the clouds.Music is that little bit of paradise.”