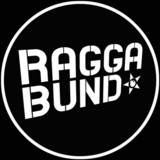 For over a decade the two brothers Don Caramelo and Paco Mendoza have been inspiring their fans with a mix of offbeats, dancehall, cumbiamuffin and niceness. No matter if in Guatemala City, Hanoi, Rio or Munich – with their crew "The Dubby Conquerors" they always guarantee shows full of energy! Their particular style with different rhythms is wowing people all over the globe while touring through Central- and South America, South Asia and of course Europe. Don Caramelo started his musical career in munich’s hip-hop scene and from the late 90ies he was the front man of the crossover-mestizo band Les Babacools. They released several albums and played innumerable shows across Europe. Don Caramelo, also a professional graphic designer and illustrator is often invited as a featured artist. Apart from Raggabund Paco Mendoza also works as a solo artist. He recorded his debut album together with the british-russian producer DJ Vadim. As a radio presenter and a journalist the graduated political scientist worked for the german broadcasting company WDR and he is also an producer and composer in demand. His song “La Frekuencia” was used 2013 in Ridley Scott´s movie “The Counselor” (Brad Pitt, Penelope Cruz, Cameron Díaz, Javier Bardem, Michael Fassbinder). Raggabund easily combines the different genres creating an absorbing live show with an intense atmosphere that offers everything from contemplative guitar sessions to powerful beatbox-dancehall explosions.