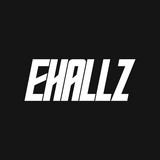 Ethan Hallerman, also known as Ehallz, started making music when he was 15 years old. Being born nearly deaf due to an ear infection, he used sounds as a way to communicate. Starting his career in New York City and then migrating to Los Angeles, he knew that music was ultimately his passion and wanted to make something out of it. You may have seen him perform with collectives such as Space Yacht, the feels, White Rabbit Group, and many more. Making a stable name for himself in Los Angeles, he has also started to develop a distinct and noticeable brand. He makes melodic future bass/dubstep with nostalgic, futuristic, and dreamy elements. Some inspirations include LANY, Seven Lions, Xilent, Au5, and more. His most notable song, an official remix for Gashi/French Montana/DJ Snake’s record “Creep On Me” has surpassed over 1 million streams on Spotify. At just 25, Ehallz has been able to take his many passions and turn it into a genuine artistry that is unique in it’s own way.