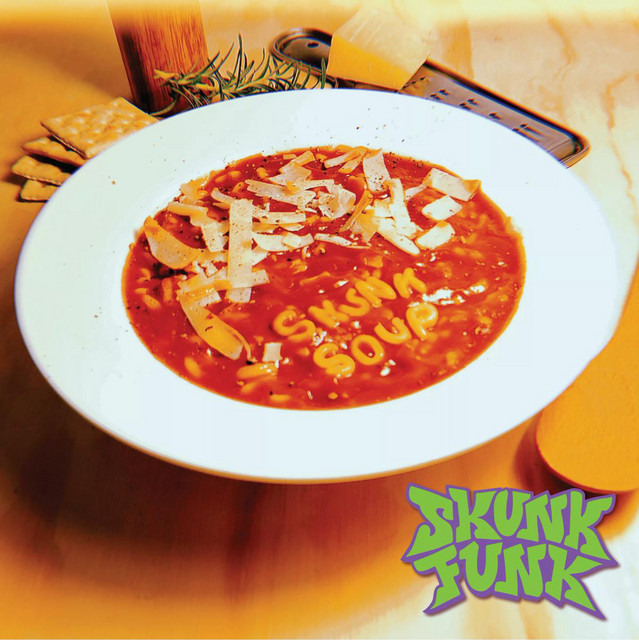 Funky, Punky and Intergalactic: Skunk Funk traveled from the dystopian planet of Esoterra only to crash land onto a small suburb in American Canyon, CA. In orbit or on Earth, it is their sole mission to bring every crowd they woo an animated yet uplifting and off the wall experience. A spellbinding fusion of Ska, Punk and Funk is their medium of choice in their battle against societal degradation and artistic lameness. There is 4 distinct pieces to this blue print, it didn't happen by accident. Tides were shifted and stars rearranged to unite these 4 cosmic misfits: Bobby "Bobo the Sequel" Roses - Lead Vocals/Bass Max "Billion Powers" Gee - Vocals/Guitar Bryan "Cuban-B" Rose's - Vocals Nick "Lt. Whitty" Whitmire - Drums/Vocals Presently, the four manifest a sound so distinctive and high energy; they are a hot commodity anywhere they go. Over the course of the last 4 years, they have managed to independently release an EP entitled “Too Fresh to Function”, a full-length album entitled “Possession 4 Sale” and their "Cirque Du Skank" EP, which also comes with music video. This year, they released their second full length album titled “Skunk Soup” which is available on all digital platforms. They plan on recording and performing live in 2021.