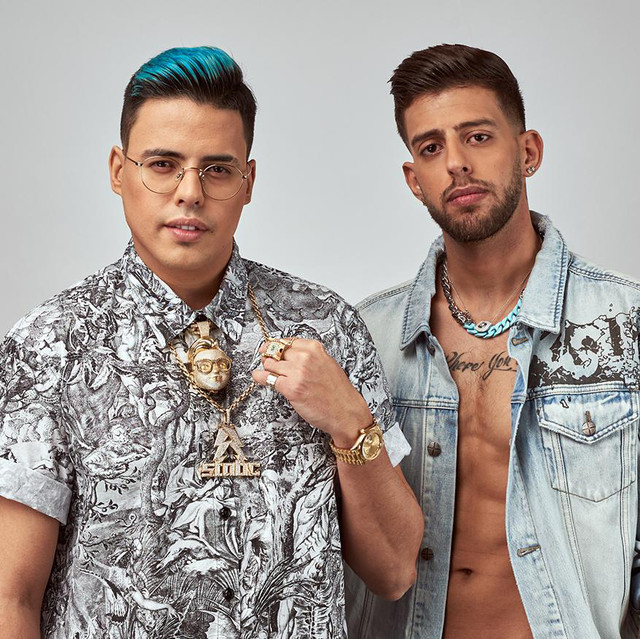 Static & Ben El are Leeraz Russo (Static) and Ben El Tavori (Ben El) with musical producer Yarden Peleg (Jordi) and are Israel’s top streamed Duo amassing over 433 MILLION streams collectively on their YouTube channel alone making their reach in the Hebrew demographic equivalent to 11.5 BILLION views when extrapolated from Hebrew to English. Static & Ben El have amassed countless awards including ACUM Award Winners for Song, Band and Breakthrough Artists of the year, “Song of the Year” with their third single “Silsulim” on Reshet Gimmel’s Annual Hebrew Song Chart and many more. They are also returning as judges on the 4th season of the popular televised Eurovision Singing Competition in Tel Aviv. Static & Ben El are extremely active with over 200 performances a year. Recently, at the Coca Cola WOW Festival in Israel, they shared the performance space with many notable Israeli artists as well as J Balvin, who joined them on stage to perform their joint track “Tudo Bom”. Static & Ben El began their career in the music space singing in Hebrew and have now directed their efforts into breaking out into the global market with fully recorded English content, being one of the first artists signed to Saban Music Group which was founded by worldwide pioneer and leader in the entertainment industry, Haim Saban. Their new single “Further Up (Na, Na, Na, Na, Na)” with Pitbull, is available worldwide on January 10th and will prove to be the first of many hits this year!