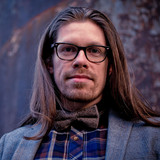 Soul-blues singer-songwriter Grant Carruthers returns to Australia after his 4.5 year sojourn in London. Influenced by the likes of John Mayer, Allen Stone and the sounds of Motown, Grant’s songs showcase his penchant for catchy melodies, poetic lyrics and sophisticated music. Grant has been writing and performing from a young age and after studying popular music at the Queensland Conservatorium, released a self-produced acoustic EP Like a Lion. After touring around Australia and getting his sea legs abord cruise ships in the Caribbean, Grant moved to London and started working on his latest EP, Conversations. Conversations is Grant’s first fully produced release featuring some of London’s best session talent and recorded in studios across London between 2016 and 2018. It deals with the theme of communication and how integral it is to the foundation and continuation of relationships. Grant’s understanding of poetry can be heard throughout his songs, and his ability to create phrases that sit well on the ear as well as the tongue makes his songs broadly accessible and highly memorable. The authentic nature of Grant’s music lies in his command of sophisticated harmonies and rhythms, and throughout his work you may also hear elements of Thirsty Merc, Gregory Porter, Marvin Gaye, Harry Connick, Jr. and Earth, Wind & Fire.