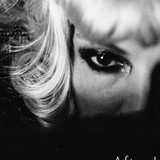 Coco Morier has been absorbing musical styles her whole life: Early influences of folk and country from her father led to teenage fantasies of Lower East Side punk and hip-hop, followed by the avant-garde electronic scene in Europe, a tour as Charlotte Gainsbourg’s lead guitarist, and ultimately success as a singer-songwriter and a producer of pop music in L.A. Her debut L.P., Dreamer

is a genre-bending collection that takes a songwriter’s ethos and puts it to a pop pulse. It’s an album born of “doomed love,” she says, full of heartache, but also full of “female anarchy,” all “bratty and in your face and kickass” and chock full of the sexual empowerment. L.A. Weekly once wrote that Morier’s music “ranges from sleek synth-pop to lo-fi garage-rock, but it’s all suffused with giddy, mesmerizingly sugary melodies.” Morier also has writing credits on songs recorded by Britney Spears on her albums Blackout, Circus, and Femme Fatale. Ellie Goulding (“Keep on Dancin’”), Demi Lovato (“Wildfire”), Selena Gomez (“Whiplash"), Galantis (“Dancin’ to the Sound of a Broken Heart”) and Tom Jones (“If He Should Ever Leave You”), among many others.