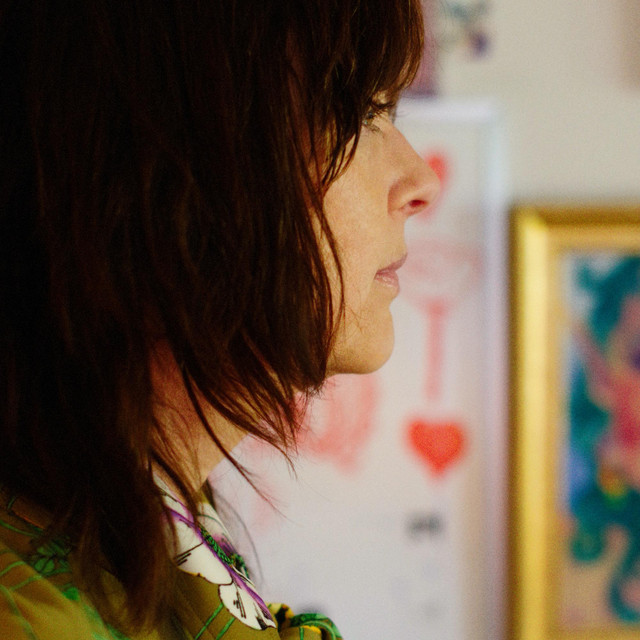 Suzy Callahan’s melancholic songs are filled with vivid raw, emotional honesty and orbit around her thick and creamy, dulce de leche voice. Her genre-hopping style hints to folk but with modern hues of art-rock, jazz, and country. As blog alt77 said, “There’s no use in labeling Suzy Callahan. None will stick! This is the music of someone that inhabits a world of their own and translates it into music.” The daughter of NSA linguists and partly raised in Yorkshire England, Suzy began performing Linda Ronstadt covers in pubs at age 16. Returning home she spent her formative years in Maryland bar bands while studying jazz voice before meeting her husband, Scott Tyburski. Sharing a love for “minimalistic psychedelic folk” they formed Devils Wielding Scimitars, released 3 CMJ charting LPs including the Kramer produced III, then disbanded in 1997 to raise 2 children. In 2005 as home-recording started to take shape, they returned with a more indie-folk approach, trading auto-tuned perfection for chemistry that can only come from decades of intimate collaboration. Their debut landed on a “best of 2005 KCRW” playlist. NPR called their 2nd LP “thick and atmospheric” with “rich and sensual songs”. And follow-up tracks appeared on TV shows and garnered accolades from music blogs and press. As blog chillfiltr put it “In a world of copycats and stylistic same-ism, Suzy Callahan is the real deal: unique, unforced, and timeless.”