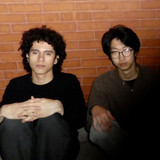 OPUS weekend is a band comprised of singer-songwriter front-man, Gabriel Lazaro, and co-songwriter, co-founder, guitar player, Jaewook “Smokey” Jeong. The band's influences include funk, blues, grunge, and in their most recent singles; jazz. Their latest single, “Graduation Song”, features primarily soft jazz fusion, with the contrast of syncopated, turbulent, guitar ridden choruses. Like genres, OPUS weekend has gone through a myriad of members, albeit primarily being driven by its core two. Previous members include the illustrious Anton Metelmann, who wrote and played drums for the songs on the band’s demo album “Mixtape Of Doom”, and performed in countless gigs prior to it’s release; Jacques Rivas Dufourt, who wrote and played drums on

“It’s ok”; Andreus Gabrielle Lopez, who played drums for the band’s first couple of bar gigs; and Louis Schefczyk, who played bass for gigs leading up to the album's release, and on the song “The Daylight and Beautiful Noises”. OPUS weekend isn’t constrained to any genre; this lack of adherence allows their music to emulate chameleon like qualities; being experimental jazz fusion, blues, funk, grunge, or even borderline pop at times. While some of their singles can push the boundaries of convention, the most their music will do is challenge a listener; never parry them. As a nod to Jaco Pastorius, the band’s front-man described their own music in an interview as “Portrait Punk”, when asked what genre he composed in.