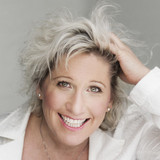 Ingvil is a Norwegian singer, artist and songwriter. Ingvil.no She has participated in different musicals, duo, bands and orchestras. In 2003 her song "Whatever we had" was listed as # 1 on Norsktoppen (The Norwegian Top List). In 2020 different versions of the song is released. (English and Spanish versions.) In 2018 Ingvil fulfilled her Dream, Album: ​"A musical tribute to Burt Bacharach’s 90th Birthday and a Celebration of his Everlasting songs in my Heart!" -Ingvil: "Burt Bacharach/Hal David på norsk". Music and lyrics originally by Burt Bacharach and Hal David. Norwegian translation/adaption by Ingvil.