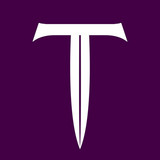 Described as “phenomenal” (The Times) and “devastatingly beautiful” (Gramophone Magazine), award-winning choir Tenebrae, under the direction of Nigel Short, is one of the world’s leading vocal ensembles renowned for its passion and precision. Tenebrae has twice secured the award for ‘Best Choral Performance’ in the BBC Music Magazine Awards (2012 and 2016), and its recording of Fauré’s Requiem with the London Symphony Orchestra was nominated for the Gramophone Awards (2013). In 2018, Music of the Spheres, Tenebrae’s album of part songs from the British Isles, received a Grammy nomination. Tenebrae is renowned for its highly-acclaimed interpretations of choral music with repertoire ranging from the Renaissance through to contemporary choral masterpieces and has appeared at major festivals and venues including the BBC Proms, Edinburgh International Festival, Leipzig Gewandhaus (Germany) and Melbourne Festival (Australia). ‘Passion and Precision’ are Tenebrae’s core values. Through its continued dedication to performance of the highest quality, Tenebrae’s vision is to deliver dramatic programming, flawless performances and unforgettable experiences, allowing audiences around the world to be moved by the power and intimacy of the human voice.