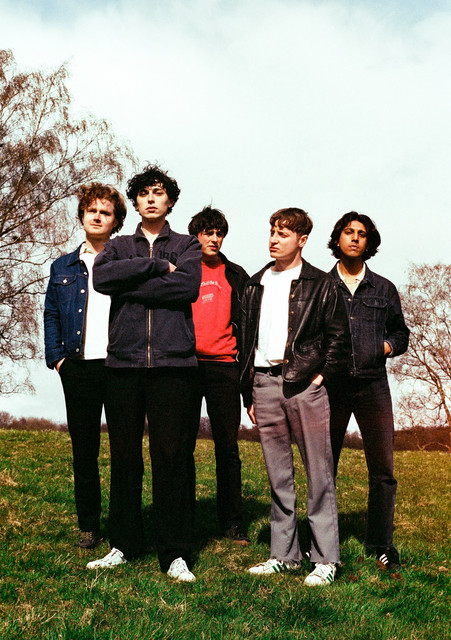 Teenagehood, brotherhood and a love for alternative music have united THE GOA EXPRESS from the off. Hailing from the Northern industrial towns of Todmorden and Burnley before being adopted more recently by the Manchester culture carriers, they return today with the insistent garage-rock smarts of “Be My Friend”, their second single proper since being taken under the wing of Rough Trade Management (Shame, black midi etc.).   Together since tender teenage years, playing their first ever shows above a vintage shop where the floor nearly caved in and inside a friend’s garage until the neighbours complained - “when there’s fuck all, you make do with what you’ve got”. This sentiment is nothing new, but in an age where artists and bands often exist as heavily constructed, pretentious facsimiles, it certainly feels new. Here instead is a band that have been allowed the required space and time to develop their sound outside of London’s media glare and arrive now a near fully-formed prospect; their last single “The Day” seeing them receive their first radio session from early champion Steve Lamacq at Abbey Road studios.   “The Day” was recorded in nearby Sheffield with the Fat White Family’s Nathan Sauodi at FWF’s own studio Champ Zone, only for the band to carry their amps all the way to the studio next door for “Be My Friend”, this time recording with Ross Orton (Arctic Monkeys, Jarvis Cocker, The Fall).