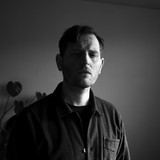 Swedish musician, songwriter and composer Philip Ekström (The Mary Onettes, Det Vackra Livet) is releasing a solo album in May 2020 under the alias H.MOON. The album, TRUSTBLOOD, came to life while he was working on the score for an American feature film (”Endings, Beginnings”, by Drake Doremus) about break-up and separation – while going through a time of similar changes himself. TRUSTBLOOD is due for release on May 22 through Welfare Sounds & Records, with a single released on April 17. The track Devotion is featured in end credits of the movie Endings, Beginnings.