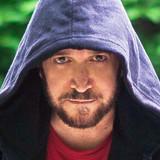 LG Breton is a Montreal-based singer-songwriter; producer and instrumentalist. He has participated on around 40 records and has already given more than 2500 performances of all kinds (stage, TV, radio) in over 20 countries. Both his first solo album, "Consider It Done!" and the “Strings Attached” EP were released to critical acclaim in Canada and abroad. "Unsettled Business", his latest single, is now available and a lot of exciting new music should surface in 2021! - "This EP is a grower and particularly with the creative instrumentation, delivers something new with each listen! There is no shortage of song hooks either! There is even a song in French; just in case you want something a little different." Steve Luff (Black Cat Radio, UK) - “For Better, Not For Worse” has an infectious sound with vocals that provoke you to sing along. It pulled in all my attention from the beginning." (Canadian Beats) - “Consider It Done!" is an impeccable production that offers a large array of songs, inventively arranged.”

(Paroles et Musique Magazine) - “Consider It Done!" offers a total escape within the creative “madness” of one of Quebec’s most accomplished musician.”