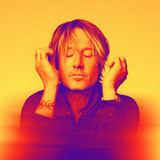 Keith Urban has spent the better part of his life harnessing a deep-seated passion for music. This, when combined with his authenticity, talent and driving musical inquisitiveness, helps to understand why he is one of the most successful and well-respected artists in the world. He’s won four GRAMMY© Awards, thirteen CMAs, fifteen ACMs, three AMAs, two People’s Choice Awards and celebrated nine consecutive gold, platinum or multi-platinum albums. His latest studio album, THE SPEED OF NOW Part 1, marks the fourth in an historic streak of simultaneous #1 album debuts in the United States, Canada and Australia. It’s produced the top 5 songs “God Whispered Your Name,” and “We Were,” as well as the global smash and duet with P!nk “One Too Many,” which in its first 10 months has garnered over 100 million Spotify streams. 2021 has seen Urban featured on two songs from Taylor Swift’s album Fearless (Taylor’s Version) including “That’s When” and “We Were Happy,” a part of the performance of the John Lennon’s “Imagine,” for the opening ceremonies of the Olympics, as well as his return as host for the 56th Annual Academy of Country Music Awards with Mickey Guyton. Urban will return to the stage this summer for a handful of shows in the U.S., including the return of his run of concerts at Caesars Palace this Fall. In December, Urban will launch THE SPEED OF NOW WORLD TOUR in Australia and although additional dates have yet to be announced it is expected to continue sometime in 2021.