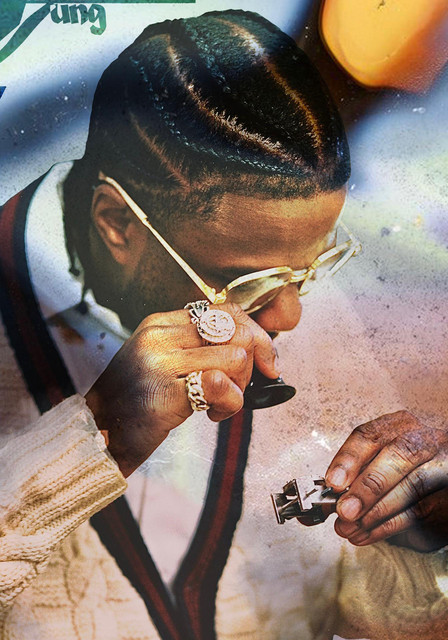 A$AP Twelvyy is back with a new EP nearly three years after his debut Album 12. 2019 has seen him release a plethora of singles! Twelvyy has gon on a compelling run which included “Bill Collector”, “Kratez” & “Brinx” featuring Zay Nailer & Lago 2.0 all the while beginning to hype the release of his follow-up LP Noon Yung, even as recently as this years Yams Day wearing a sweatsuit with the words “Noon Yung Coming Soon” written across it.   While that project is still on it’s way, Before Noon will hold fans over while the album is still being worked on. With this release Twelvyy has taken the time to rethink the EP formula, lengthening the track total to 14 including the singles right around the middle of the body of work.   Boasting features from the aforementioned Zay Nailer & Lago 2.0, as well as Lunchbox, Billz Raw & fellow A$AP Mob member A$AP Ant, the EP has touches of other voices to blend with Twelvyy’s ever-evolving sound and style. Production is handled by the likes of Menoh, AR, DJ Skidrow, Cream Wallo, and more.   With Before Noon you can get a sense of the whole journey, songs like “Very Aquatic” showing where the artist has been beginning with “Last Poet” where we ALL are now by touching the world’s current climate in this vastly shifting and unpredictable times. While many parts of the world have effectively been put on pause for the time being, A$AP Twelvyy gives us something to move forward with, listen to the EP now available on all streaming services.