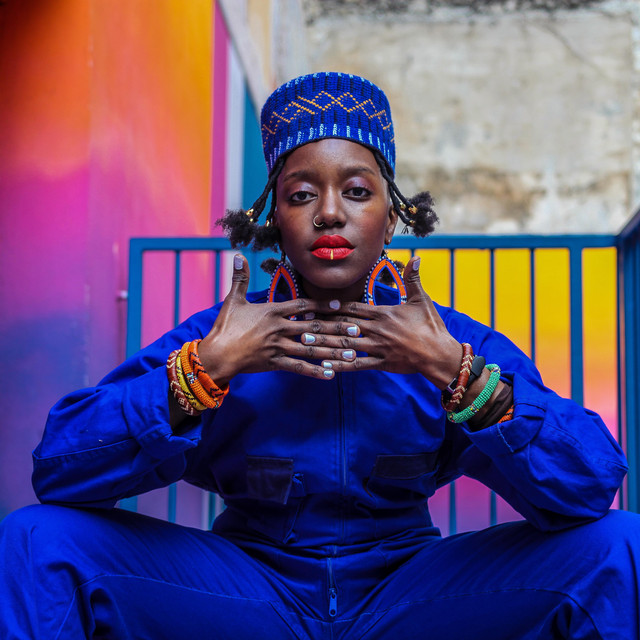 AWORI is a Swiss-Ugandan artist currently living in Paris. She was raised in Kampala where her late grandfather, a carpenter and music enthusiast who played piano + guitar, inspired her to take on a musical practice. She wrote her first songs at 9 years old and regularly presented them at school concerts, in addition to performing traditional dance and theater. She moved to Geneva at 11, joined her church choir & later co-founded the band Kami Awori, formerly known as CaramelBrown. They released 4 EPs and completed residencies in Bamako, Havana, Kampala and Johannesburg over a span of 11 years. Alongside music, AWORI heavily contributed to the bands’ artwork & music videos. In 2013, she was sought out by Berlin-based singer DENA who found her thanks to a YouTube cover video. Shortly thereafter, she moved to Berlin to learn the basics of live finger-drumming and tour with DENA as a background vocalist & instrumentalist. In 2018, AWORI narrated Kapwani Kiwanga’s installation at Glasgow International Soft Measures & in 2019, she produced the score for the third chapter of Ariella Azoulay’s documentary film Un-documented : Undoing Imperial Plunder. Later that year, she released Cortex Iuxta via Galant Records, in collaboration with Lyon-based producer Twani. AWORI is currently working on her joint album with Twani, RANAVALONA, set to be released via Galant Records on March 5th 2021.