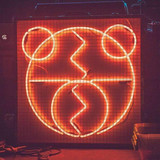 The 2 Bears are a collaboration between producer Raf Rundell, co-founder of the 1965 label, and Joe Goddard of Hot Chip. The two crossed paths while DJ'ing a London party hosted by the latter's Greco-Roman Soundsystem collective. Later the duo teamed to host Follow the Bears, a program for Ministry of Sound Radio, and went about replicating some of the Detroit techno and Chicago house they had been playing, with Goddard making beats and Rundell singing. During 2010 and 2011, they released four EPs on Southern Fried. Be Strong, their first album, appeared in January 2012 through Southern Fried in the U.K. and DFA in the U.S. Rundell and Goddard drew inspiration from their travels in South Africa for their second album, The Night Is Young, which featured sessions recorded with local artists at the studio of BLK JKS' Tshepang Ramoba. ~ Jason Lymangrover, Rovi