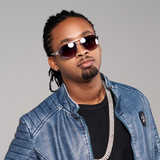 Solomon Salmon better known as Triple Ess, born in Portland Jamaica and raised in Portmore, St. Catherine, is a multi-talented Audio Engineer / Producer / Recording Artist   Triple Ess discovered music quite early in his childhood days while attending Bridge Port High School in Portmore, He would frequently visit recording studios such as JR Records owned by reggae superstar JR Reid, who was a very good friend of his father at the time. While visiting the studio he discovered a new talent. With his love for computers and technology he began his journey of becoming one of the best Audio Engineers in Jamaica.   By the year 2014 Triple Ess was the senior Audio Engineer at the world-renowned recording studio Mixing Lab owned by the legendary Ezroy Francis.   In 2015 Triple Ess was introduced to the great Beres Hammond by Clive Hunt to collaborate on a joint project between Harmony House and VP Records. After working closely alongside the Reggae Legends in studio and on tours, Triple Ess was inspired by the music that were being created and decided its time to start paying a little more attention to his own vocals as Mr. Hammond would always give encouraging words like "Kid, follow yuh dreams, yuh hear?"   After recording, mixing and editing Triple Ess reconnected with where his musical journey began. In October 2016, he decided to put some focus back on his own voice and so he started working on some new music, creating his own beats and recording his own vocals.