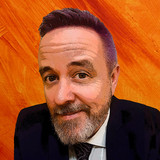 Andy Mison is an Australian musician and songwriter with more than thirty years experience of recording, performing and touring with many bands, in many styles. In 2020 he began producing and releasing his own backlog of funky retro-electro tunes as a solo artist from his studio near Canberra, culminating in the release on March 26th this year of his debut solo album 'Fergus Circuits'. Featuring a mix of acoustic and eletronic sounds, Andy has distilled

elements of 80s new wave, 90s indie rock, EDM sounds and modern production into a fresh batch of catchy pop grooves. Energetic, funky and soulful, Andy is a skilled multi-instrumentalist, singer and producer, and you can hear the craft honed over many years in this collection of earworms, at times humorous and cynical, but also honest and emotional.  Ultimately, it's just good Aussie pop music shining through, and you can tell Andy Mison loves the form!