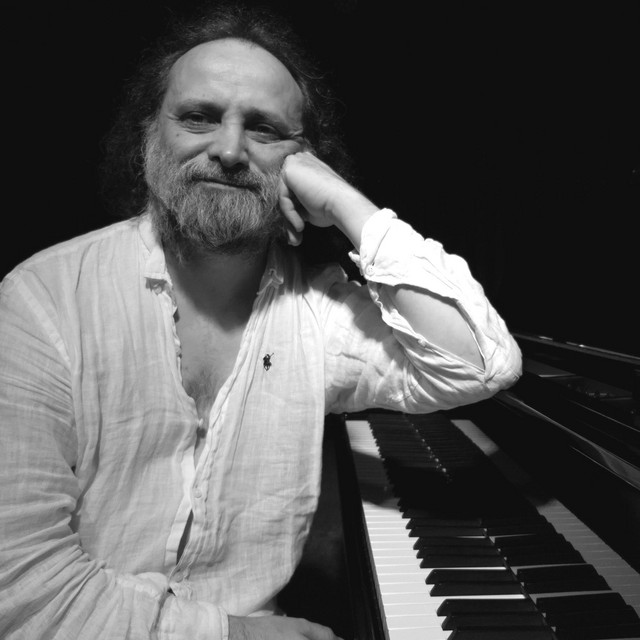 Pianist & composer Juan María Solare (Buenos Aires, 1966), an Argentine living in Germany, is one of those musicians that open scarcely travelled paths. The originality of his music stems from the confluence between post-Piazzolla tango and classical contemporary music. His singular style represents a synthesis of North and South, classical and popular, wit and melancholy. "Art music and light music are not irreconcilable extremes, but poles in a force field", wrote Solare about his musical bilingualism. He has given over 500 piano recitals in Buenos Aires and dozens of Argentinean cities, plus Berlin, Hamburg, Istanbul, Finland, Denmark, Amsterdam, Madrid, Graz, Geneva, Seville, Texas, London... The audience at his concerts is fascinated by his quality and warmth. Solare teaches Composition and Arrangements at the Hochschule für Künste in Bremen

(Germany), at which university he conducts the Orquesta no Típica. He has participated at the World Tango Summit on 3 occasions and in several Festivals for contemporary music (Ferienkurse Darmstadt; Festivals Eigenarten, Katarakt or blurred edges in Hamburg, etc.) . Juan is the editor of four piano albums for Ricordi Munich; a fifth album for Peters Verlag is scheduled for 2021. 30 CDs by different performers include at least one piece composed by Juan María. His music reached over 17 millions all-time streams on Spotify and has been included in editorial playlists such as Peaceful piano, Dinner Tango or The Magnificent Piano.