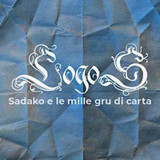 Logos is an Italian progressive rock band. Genesis, King Crimson, Le Orme and Banco del Mutuo Soccorso are some of our favorite bands and we usually play their songs in our performances, but our proposal is to produce new songs and music. "L'enigma della vita" is the third album. Out in the spring of 2014 for Andromeda Relix (AND35), it has eleven tracks that takes the band thirteen years to wrote and record. It's a 76 minutes journey across universe, humans, love, loneliness, war. It tries to solve the biggest question on our staying in this world: What is the meaning of our life? What is "L'enigma della vita"? Out in 2020 "Sadako e le mille gru di carta" is the fourth album and tells the story of a little girl. Sadako was a Japanese school girl who, legend has it, contracted leukemia as a result of the radiation from the atomic bomb blast at Hiroshima. She was critically ill, and began a project of folding a thousand paper cranes in hopes of being granted a single wish. Sadako died on the morning of October 25, 1955, at the age of 12. Here is the album we dedicated to her and the innocent victims of nuclear warfare.