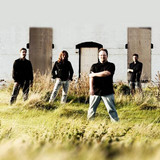 Transistor is a four piece rock band out of Barrie, Ontario Canada. The group combines hard-driving, catchy guitar riffs with hook laden vocals, harmonies and solid rhythm. Their music ranges from melodic at times to jump up and down edgy. With three full albums under their belt, they are adding to the current roster of songs with a fourth album on the way for 2018. Along with a bevy of albums and several music videos to their credit, the band have received airplay on radio across Canada and even as far as the United Kingdom. The rock group have played various festivals and shows and love the experience of playing live. Even if they have to be their own roadies. Their energy translates and charges a fun, up-beat atmosphere in their live performances. Pushing out past the speakers to connect with audiences. Transistor is a band forged out of friendship and derives it's unique sound from band members: Steve Wishart - Lead Vocals & Guitar. Chris Nunes - Lead Guitar and Backing Vocals. Joel Schonewille on Drums and Don Lindsay on Bass. Four Guys. Big Sound