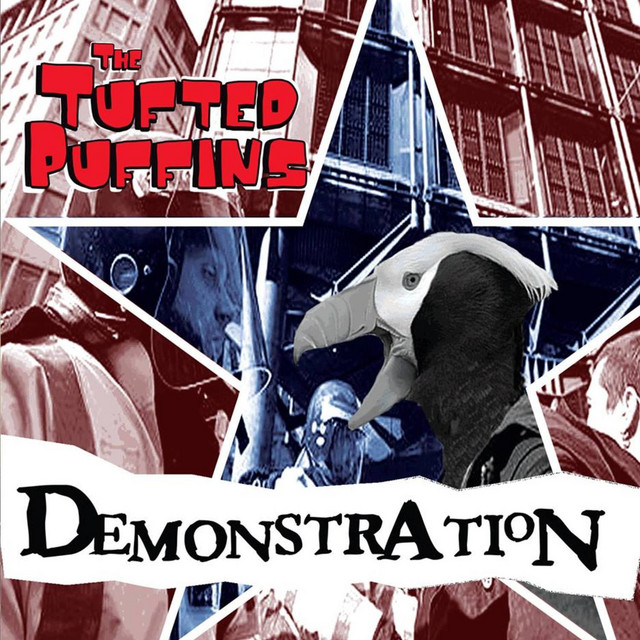 The Tufted Puffins is a re-emergence of musicians from numerous local bands of note in the volatile 80's and 90's Cleveland / Kent / Akron scene. It is a high energy blending of Garage Punk / Psychedelic rock from guys who remember it rather than imagine it. Mike Baker - Vocals / Guitar The creator of notorious Cleveland bands Sleazy Jesus and the Splatter Pigs and Hucklebuck, Mike has been a thorn in the side of the establishment for decades. His ear for a hooky riff in the middle of high energy punk can be heard in the Puffins infectious songs. KEN BROWN - Bass Ken hit Cleveland in the eighties from Boston and got sucked in by Baker to become the bass player for Sleazy Jesus and the Splatter Pigs. They've played together on and off ever since. Ken also played in the very intense Ten Tons of Hell. TOM HUFF - Guitar Tom formerly played in Burning Lesbians with Dave Cintron, Sam Ludwig and Scott Pickering. Since then he has made amazing music as a recording artist with Roscoe Disposal Co. (with markymoon), Carbondriver, Motorboat and 2lb. Spread! MARKYMOON - Drums markymoon is always lowercase, almost off of probation and almost out of his meds. He has slapped the skins for Zen-Luv Assassins, Professional Againsters, Roscoe Disposal Co., 2lb. Spread! Cathedral 45 and Final Solution. The Tufted Puffins is Cleveland roack and roll the way only Clevelanders do it. It don't get better than that.